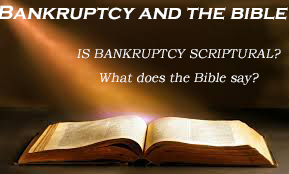 Bankruptcy in the Bible

Many people are surprised that the United States Bankruptcy Laws are almost certainly strongly grounded in biblical principals. Most would say, if asked about the Bible’s view on debt and bankruptcy: “Pay your debts, end of story.”
The bible teaches that one should pay their debts, but it has a strong, countervailing mandate of periodic debt forgiveness. Indeed, the book of Deuteronomy states:
“1 At the end of every seven years you shall grant a release of debts. 2 And this is the form of the release: Every creditor who has lent anything to his neighbor shall release it; he shall not require it of his neighbor or his brother, because it is called the LORD’s release. Deuteronomy 15:1-2 (New King James’ Version).
This principal of a debtor’s fresh start and the 7 year interval appears to be, at least in part, the basis for the Supreme Court’s modern bankruptcy doctrine. “[Bankruptcy] gives to the honest but unfortunate debtor . . . a new opportunity in life and a clear field for future effort, unhampered by the pressure and discouragement of preexisting debt.”

Just a few years ago, however, as a result of massive lobbying by the credit card companies, Congress was convinced to pass a “Bankruptcy Reform Act” in 2005 which had the effect of driving many attorneys out of the practice of Bankruptcy Law and drove down bankruptcy filings.
This clogged a necessary safety valve in our system that resulted in a massive buildup of bad debt that some economists believe contributed to the recent economic meltdown. Dr. Donald P. Morgan, PhD, a Senior Economist with the US Federal Reserve Bank of New York, published study in which he argues that the 2005 restriction of bankruptcy relief clogged this safety valve piled up excessive bad debt, that helped to cause the present financial meltdown. Perhaps the biblical principle of periodic debt forgiveness is, indeed, a healthy and essential component of any free market economic system. 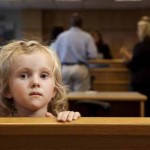 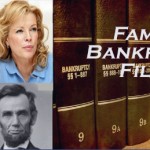